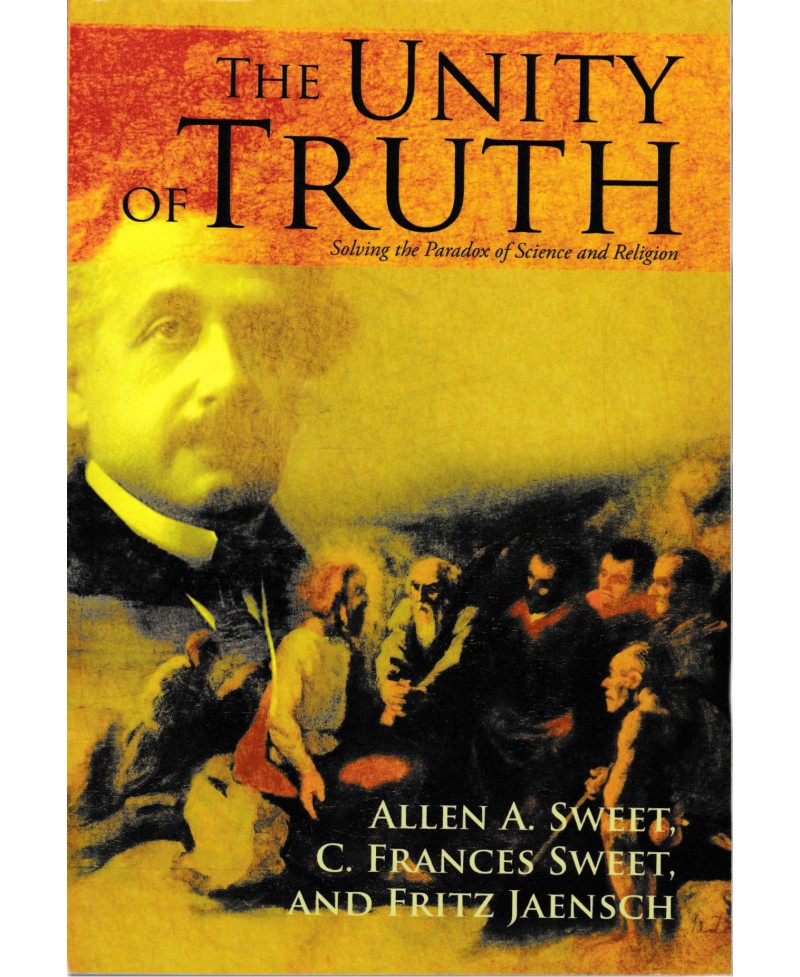 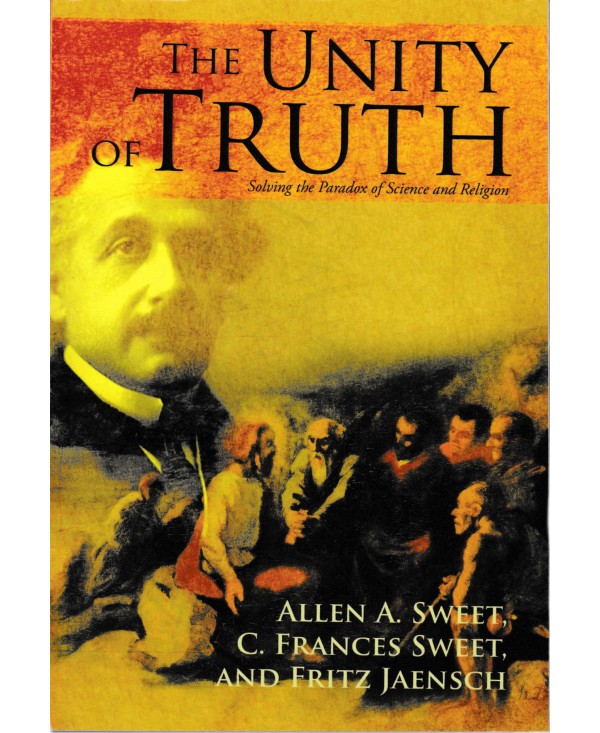 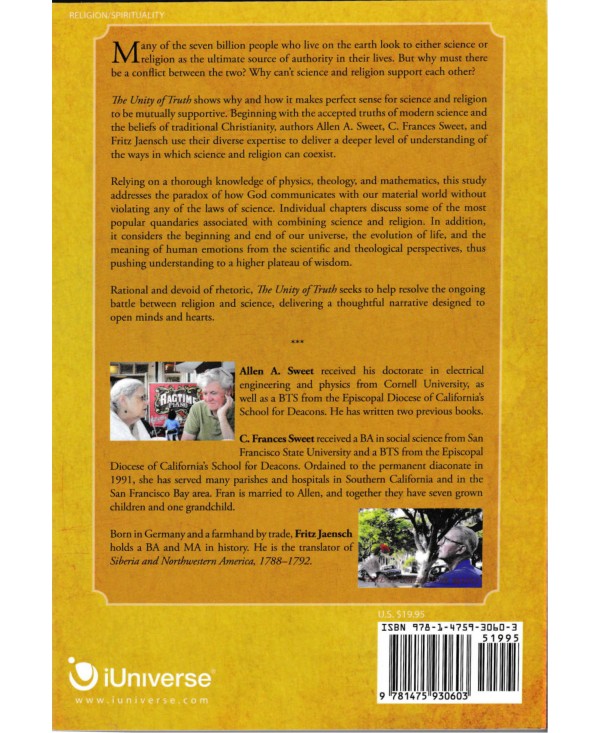 The Of Unity Truth

Solving the Paradox of Science and Religion

Many of the seven billion people who live on the earth look to either science or religion as the ultimate source of authority in their lives. But why must there be a conflict between the two? Why can’t science and religion support each other?

The Unity of Truth shows why and how it makes perfect sense for science and religion to be mutually supportive. Beginning with the accepted truths of modern science and the beliefs of traditional Christianity, authors Allen A. Sweet, C. Frances Sweet, and Fritz's Jaensch use their diverse expertise to deliver a deeper level of understanding of the ways in which science and religion can coexist.

Relying on a thorough knowledge of physics, theology, and mathematics, this study addresses the paradox of how God communicates with our material world without violating any of the laws of science. Individual chapters discuss some of the most popular quandaries associated with combining science and religion. In addition, it considers the beginning and end of our universe, the evolution of life, and the meaning of human emotions from the scientific and theological perspectives, thus pushing understanding to a higher plateau of wisdom.

Rational and devoid of rhetoric, The Unity of Truth seeks to help resolve the ongoing battle between religion and science, delivering a thoughtful narrative designed to open minds and hearts.

Faded short sleeves t-shirt with high neckline. Soft and stretchy material for a comfortable fit. Accessorize with a straw hat and you're ready for summer!